Relationship between low back pain and competitive sports activities during youth 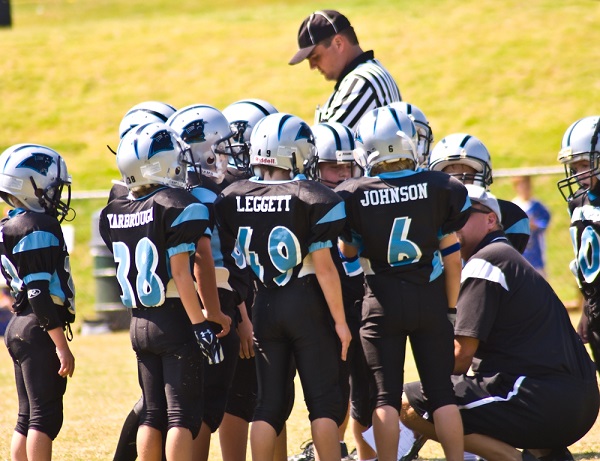 This is an interesting study excerpted from a research review by Gary Maguire, June 2010

It is well known that low back pain (LBP) is common in adults, but many children experience it at well. There is some concern that excessive competitive sports participation during youth contributes to LBP and symptoms in the lower extremities. It is also thought that the severity of symptoms may vary depending on the sport. Evidence supports the notion that the proportion of young athletes who experience LBP is significantly larger than that of nonathletes, and that sports activities done more than 2x/week are a risk factor for LBP during their growth period. Conversely, there is also evidence that competitive sports are not associated with LBP. Therefore, this study investigates whether LBP during youth is associated with the duration and type of competitive sports participation. This was a cross-sectional study (with primarily Japanese subjects).

At the University of Tsukuba in Japan, 4667 freshman completed a questionnaire concerning LBP and their experience in sports activities which was provided as part of a medical check when enrolling at the university.

The focus of the questionnaire was LBP experienced during the student’s lifetime, school absence due to LBP, incidence of pain and numbness in the lower extremities, LBP during the past 4 weeks, and quitting competitive sports because of LBP.  Competitive sports experience of 3x/week at the elementary, junior high and/or senior high school level was also included in the questionnaire, in addition to characterization of the type of sports played and length of playing career.

* 60 of male and 63 of female students had experienced LBP during their lifetime, although the difference was not significant (P = .0895)

* Another key finding was that the longer the duration of participation in competitive sports is not only associated significantly with LBP during the students’ lifetimes but also the greater the proportion of school absence due to LBP, greater proportion of leg pain and numbness associated with LBP and the dropout from competitive sports due to LBP.

* No significant gender differences were noted, confirming that an association between gender and LBP during youth remains inconclusive as previously indicated by other studies (1).

* The longer the duration of participation in competitive sports, the higher the proportion of a “Yes” answer for questions that concerned LBP.

* In this study, all 8 sports groups were found to have experienced LBP at a significantly higher rate than the NO group, and volleyball was the most prevalent sport for experiencing LBP followed by baseball, track and field, basketball, swimming, kendo, tennis and soccer.  (Note: As this study was conducted in Japan, sports like football and rugby, which would probably rank very highly also for promoting higher incidences of lower back pain later in life were not reviewed.)

The study supports the notion that competitive sports participation in youth can affect LBP patterns. A relationship was noted between sports participation and LBP incidence, school absence, and lower extremity symptoms. The authors propose that future research is needed to develop a better understanding of the relationships between sport-specific loading on the lumbar spine for each sport and the impact that such loading may have. This would hopefully lead to the development of management techniques and LBP prevention tactics that could be utilized in younger patients who participate in sports.

Overall the study was well conducted and does provide additional evidence to support the need for developing LBP prevention programs for competitive youth sports programs and attention to LBP associated with sport specific movements and posture.